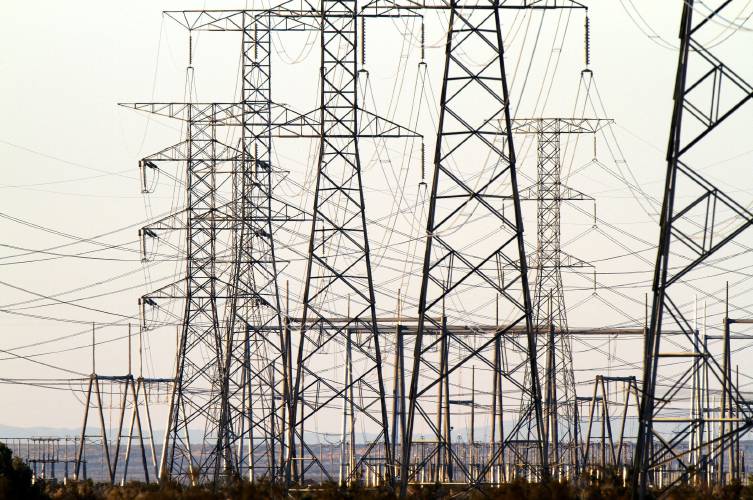 Of all the changes that solar power, wind power and related technologies have brought to the century-old business of making electricity, one of the more surprising is that the dullest of subjects – the design and operation of the wires, substations and power plants that make up the grid – is suddenly interesting.

You could see that Saturday morning at the ninth annual N.H. Local Energy Solutions Conference, where more people flooded into a session on remaking the power grid than sessions on sexier topics like electric cars.

“Was I surprised by anything? Well – there was the crowd,” said Chris Skogland of the New Hampshire Department of Environmental Services, one of two leaders for a break-out session seeking ideas on remaking the grid, which overflowed its room in the Grappone Conference Center.

The Local Energy Conference, sponsored by the N.H. Sustainable Energy Association and the Local Energy Solutions Workgroup, has expanded over the years from discussions about how best to install solar panels to discussions about broad topics such as New Hampshire’s 10-year energy strategy. Saturday’s conference dealt with issues ranging from technical designs of electricity storage systems to effects of local zoning regulations and the types of financing available for alternative energy and energy efficiency work.

The status and future of the power grid is drawing more interest because the growth of renewable energy sources and online devices has upended the business model used by regulated electric utilities, not just in New Hampshire but all over the world.

Utilities like Eversource and Unitil mostly make money by building more equipment and selling more electricity, but energy efficiency fueled by online communication between devices that allow more, as well as electricity produced locally by solar panels and wind turbines, is undoing that model. The total amount of electricity used in New England, as well as the peak demand during the busiest and hottest days, has remained largely unchanged since 2005 even as the overall economy has grown, according to figures from ISO-New England, which oversees the six-state power grid.

Such changes have led many to hope that our supply of electricity could become cleaner, more resilient and cheaper, and have led to other fears that it will become erratic, unreliable and more expensive.

Figuring out how to live up to the hopes rather than living down to the fears is driving the discussion.

“You have to keep it fair. We can’t leave people behind. There are always going to be early adopters … if you’re not careful, we’re going to have people who don’t have access to the grid,” said Jeff Myrdek, director of energy and sustainability for CBRE, a real estate services firm, during the break-out session. “That’s the greatest challenge; whatever you do, you’ve got to create a system that continues to provide power to everybody.”

Among many areas of concern raised Saturday, one that cropped up was how utilities can make enough money to stay in business if they aren’t generating and selling more electricity every year – what is known in the jargon as “decoupling.”

“Utilities traditionally make money the more you use, the more you consume – that’s why we’re called consumers. But we’re not just consumers anymore,” said Melissa Birchard, an attorney at the Conservation Law Foundation and a leader of the break-out session. “You’ve got to give them some other way to make a profit.”

The topic is on the plate of the New Hampshire Public Utilities Commission. This year it held what is called an investigatory docket on the status of the state’s power grid, gathering information and concerns about the current future state of the grid, and is likely to release a report soon, with the possibility of legislative or regulatory action following.

The power grid’s future will also come up at the next Science Cafe N.H. Concord session on Nov. 14. The free question-and-answer session will be held, as always, at The Draft Sport Bar, 67 S. Main St., Concord, starting at 6 p.m., and is open to all.