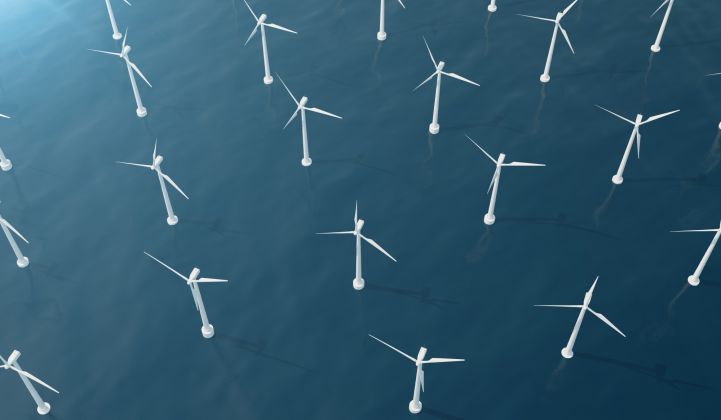 Gov. Chris Sununu has asked the Bureau of Ocean Energy Management to establish an offshore wind task force for the state.

New Hampshire is testing the feasibility of offshore wind.

On January 2, Governor Chris Sununu sent a letter to Walter Cruickshank, the acting director of the Bureau of Ocean Energy Management, requesting that the agency establish an intergovernmental offshore renewable energy task force. The move is the first step in a multiyear process.

“The task force will mirror those in other states,” said Matthew Mailloux, an energy advisor with New Hampshire’s Office of Strategic Initiatives, in an email.

“Its purpose is to facilitate coordination with federal and New Hampshire stakeholders to determine the feasibility of offshore wind in federal waters off New Hampshire’s coast. This is a preliminary step in a lengthy process prior to any decision,” he said.

The resolution noted that New Hampshire has committed to reduce greenhouse gas emissions by 80 percent by 2050 but “has yet to develop a plan to achieve that goal.”

BOEM is closed as a result of the partial U.S. federal government shutdown, so New Hampshire officials will have to wait before receiving a response from the bureau. The shutdown has already delayed two public meetings for the Vineyard Wind project planned for offshore Massachusetts, as GTM previously reported.

“This was actually kind of a surprise, to see the governor requesting that this task force be formed,” Francis Pullaro, executive director of the nonprofit Renew Northeast, told Greentech Media in an interview.

“The industry has very much been focused on the southern New England states, because…[of] existing leases and recently completed lease action” focused there, he said. “But there’s no reason all the coastal states in New England can’t take advantage of this technology.”

Project developers active in the north Atlantic region have thus far concentrated their attention on states such as Massachusetts, New York and New Jersey that have announced ambitious offshore wind deployment targets.

The record-breaking auction conducted by BOEM last month for lease areas off the coast of Massachusetts, New Hampshire’s neighbor to the south, was no doubt a wake-up call for New Hampshire officials.

The state lawmakers’ joint resolution cited a 2015 bipartisan New Hampshire legislative study committee report, which concluded that “the wind resource off of New Hampshire’s coast has the potential to generate significant amounts of electricity,” adding, “offshore wind development has the potential to generate significant economic activity within Portsmouth Harbor.”

Pullaro observed that Portsmouth is no stranger to wind energy development, as components for onshore wind projects built in northern New England have been shipped through the deep-water port.

Regional cooperation on offshore wind development
Because New Hampshire does not have a large electric load, there is the potential, said Pullaro, for electricity generated at offshore wind projects to be sold in Massachusetts, Connecticut or even New York.

Offshore wind projects need to be built at scale in order to be cost-effective. That’s why it’s important for New Hampshire to join forces with its neighbors, while recognizing that they’re going to want to pursue their own interests and local economic development, according to Pullaro.

“To get scale for the offtaker agreements,” he said, “they really need to work with the other New England states.”