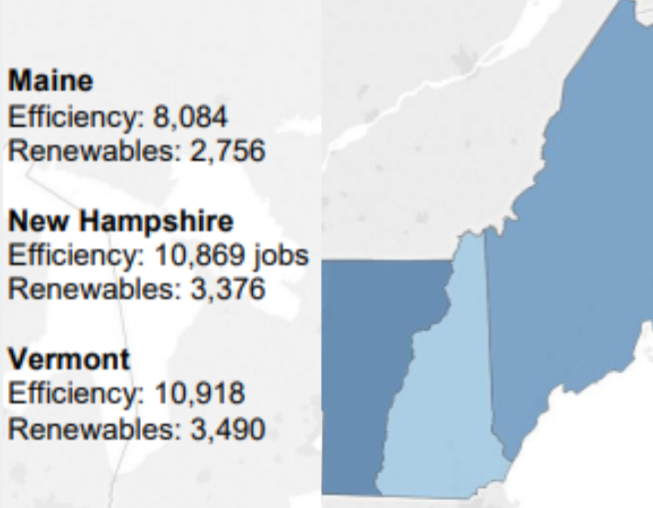 A group of nonprofits says Northern New England could adopt renewable energy on a large scale – at a cost of $100 billion.

Instead, the report by Vermont Energy Investment Corp. says the states – and their private sectors – could invest $100 billion to cover 80 percent of their energy needs with clean technologies.

The report says more than half the investment should go toward the sector with the most emissions – transportation.

Another portion covers efficiency and heating in buildings. The rest would convert electric generation from fossil fuels to renewables.

A push for reform and spending on those issues by New Hampshire’s legislature has been met with skepticism by conservatives, including Gov. Chris Sununu.

But the nonprofits’ report says private businesses should be putting up the most investment in the renewable energy transition.