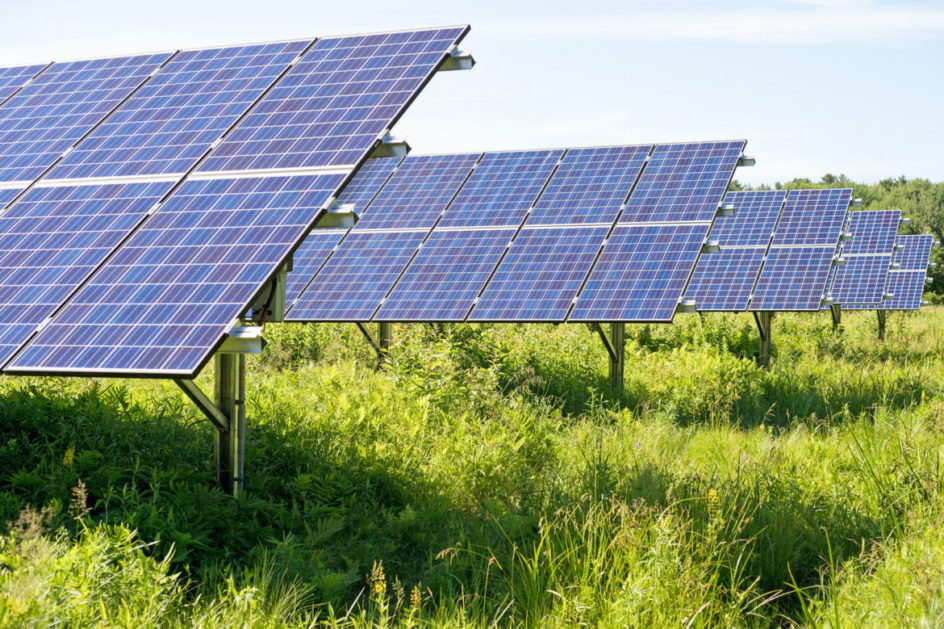 The report was commissioned by the Nature Conservancy and Coastal Enterprises Inc. and lays out a series of recommendations to decarbonize the region. The recommendations include new policies or changing of existing regulations. The report also encourages energizing private investment throughout the sectors, conceding there is neither the necessary funding nor public appetite for massive government spending to build the transformation.

The report does not set out a timeline, but the imperative of mitigating climate change creates some urgency, advocates say. An estimated $100 billion could be spent to reach the goal through a combination of business investment, consumer spending and public-private enterprises.

“Yes, it’s quite a big number, but the data show we are exporting quite a bit of money for fossil fuel use so redirecting some of that investment can make a significant dent,” said Rob Wood, a Maine-based energy policy advisor at the Nature Conservancy.

“The recommendations not only lead to emissions reductions but also create jobs, and improve market accessibility across income levels and geography,” he added. “We think these recommendations present opportunities for everyone from residential customers of all income levels to the commercial sector all the way up to grid-scale renewable energy developers.”

While Massachusetts often sets the energy agenda for all of New England due to its larger population, wealth and concentrated urban centers, northern New England has an entirely different character even though it shares similar energy and climate goals.

The three states have relatively small populations, there’s a heavier reliance on oil for home heating, city centers are few in number, and most areas are rural, meaning residents are forced to drive longer distances.

The report says transportation would require more than half the total investment since it is the largest contributor of greenhouse gas emissions, more than heating buildings and electricity generation combined.

Several key challenges exist that currently keep the states from reaching these goals, either collectively or by themselves.

These include a lack of policy consistency and a stable regulatory environment. Political shifts in state governments and changing memberships on regulatory bodies create unpredictable dynamics that send conflicting signals to market players who might be willing to invest in energy programs.

With the exception of the Weatherization Assistance Program and some energy efficiency programs, market demand has been slow to develop. A lack of public knowledge about what building improvements or transportation options may be cost-effective also inhibits market growth.

Commercial Property Assessed Clean Energy (C-PACE), in which building owners borrow money for energy efficiency, renewable energy, or other projects and make repayments on their property tax bill, has been successful in New Hampshire, but that is the only northern New England state where it is currently allowed.

The environmental groups hired the Vermont Energy Investment Corporation to conduct the study. Stakeholders throughout the region along with national experts were interviewed last summer and fall.

Philip Picotte, a senior analyst at VEIC, said the organization used a methodology developed by the Energy Action Network and Catalyst Financial to estimate the size of various investments related to clean energy. About 20 actions such as insulating buildings, installing air source heat pumps, and building renewable electricity generation were considered, along with the estimated investment needed to replace all automobiles and 25 percent of trucks.

11. Continue assessing the need for a green bank.