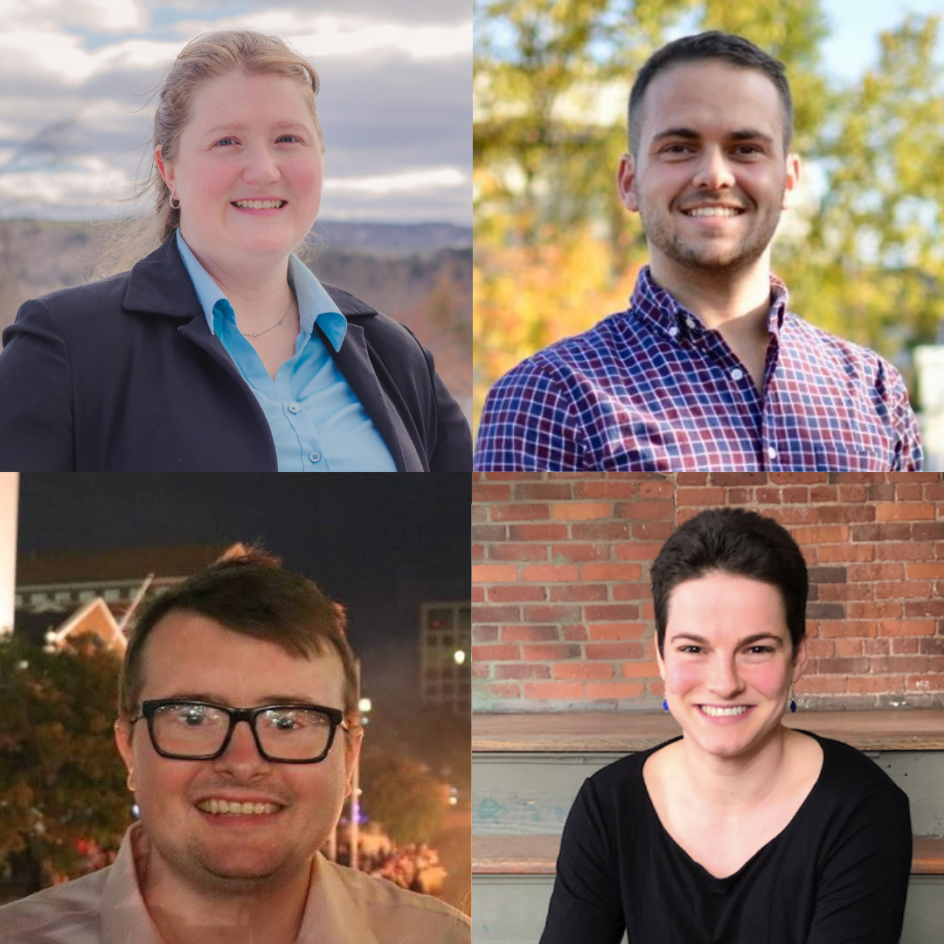 The conversation on climate change has a new vigor in recent months, thanks in part to the Green New Deal. Though it was voted down in a procedural vote in the U.S. Senate, the non-binding resolution has intensified conversation on climate and yielded climate policy packages from both sides of the aisle: Republican Rep. Max Gaetz’s Green Real Deal and Senator Lamar Alexander’s A New Manhattan Project.

In New Hampshire, a group of young leaders from both parties joined The Exchange recently to discuss their views on climate change.

Much like the national discussion, the four leaders disagreed on the Green New Deal. Representative Joe Alexander, a Republican from Goffstown and member of House Judiciary Committee called it a “Washington, D.C. fantasyland proposal” and Ross Berry, Treasurer for the N.H Young Republicans and the Manchester GOP didn’t likes the “grab bag of left-wing ideology” the deal offers. Representative Rebecca McWilliams, a Democrat from Concord and member of the House Science, Technology & Energy Committee, sees it as “‘our moonshot’ and wants to pivot the conversation to alternative energies. Lila Kohrman-Glaser, co-director of 350NH, says “the Green New Deal brings me hope.”

But the panel did agree that climate change presents a real problem. Each young leader detailed what they believe a new climate deal looks like for New Hampshire. Their disagreements tackled everything from market forces to plastic straws, but the panel found agreement on a number of specific solutions.

And when prompted by a caller who identified as an independent, the panel found common ground in a few areas. Read excerpts of an edited transcript below for their answers. Listen here for the full conversation.

Electric Cars:
Berry: I think we could propose something right now that could probably bring both sides together. So I bought a car about a year and a half ago. This is my first brand new car. I’m car driving away [from the dealership] and I turn to my girlfriend and say “this will probably be the last gasoline car I ever buy.” Because in 10 years, owning a gasoline car is going to be like having a Nokia brick phone.

[Before we get there], we need to lower the electric rates. So when we go to plug in those new [electric] vehicles, it’s cheaper to do so.

“We’re not that far apart as parties and as humans who live in New Hampshire.” —Rep. Rebecca McWilliams
Rep. McWilliams: I agree.

Berry: We did it!

Rep. McWilliams: We found something we agree on. And you know we’re not that far apart as parties and as humans who live in New Hampshire.

“We can work together and we can set some ambitious goals.” —Rep. Joe Alexander
But from a policy perspective, I would challenge the state house to look into changing some of our emissions requirements to match those of the states around us so that we are competitive on this electric front. And we can also be selling electric cars right off the lots and not having to wait for one to come in from another state.

Rep. Alexander: Representative McWilliams makes a great point. We can work together and we can set some ambitious goals. So I actually challenge the representative: let’s sit down and chat about some goals that we can set because I think there really is some common ground there.

Net Metering:
The topic of Net Metering is currently being debated in both houses of the N.H. legislature. Net metering allows towns, businesses or individuals with their own means of generating renewable energy, like solar array or windmill, to sell their excess back to the utility companies. The question is how much energy individuals should be able to sell. Both House Bill 365 and Senate Bill 159 would raise the current cap of 1 megawatt to 5 megawatts.

Rep. McWilliams: [This would] allow larger projects. This is a big deal for places like Nashua where they already have lots of dams, they want to do something with it but they can’t get up to 5 megawatts to net meter it. We’re also seeing this with businesses in the North Country. We’ve got quite a few large projects proposed that have been tabled, just waiting for this bill to finally pass.

“It shouldn’t be “drill, baby, drill” anymore but “build, baby, build.” —Ross Berry
So [what] we’re trying to [do] is create an incentivized price for some of these larger projects but it will also increase New Hampshire’s bath tub of electricity to be more renewable by doing that. Massachusetts is at 2 megawatts. So [by passing this] we are incentivizing those small solar businesses, currently in Massachusetts, to come up to New Hampshire.

Berry: I’m a big fan of net metering because [of how it could] decentralize the grid. One of the [issues] I have seen come out of Concord before is that the exchange rate [is set at] the retail rate and not the wholesale rate. It doesn’t take into account the costs of transmission. The rate that you pay [for energy] at your house is not the same rate as [energy] you produce because there’s a cost to transport.

I would I personally would love to see the net metering cap gone. Because more energy is better and I’d prefer it to be clean. So if you have somebody putting up solar panels or a little windmill in their backyard, I say go for it. It shouldn’t be “drill, baby, drill” anymore but “build, baby, build.” And if we want to put these things up, let’s do it and let’s get government out of the way.

Lila Kohrman-Glaser: I’m really happy to hear that. It’s so easy to get sucked down these loopholes of like the energy wonkiness. And I think just to state it, clear and simple: what we have right now are barriers. If a town or a city wants to build a renewable energy project, we have a barrier. We have a law that is holding them back. And those are the laws that we need to change.

Nuclear:
While the Seabrook Nuclear Power Plant awaits confirmation of a renewed license, Granite Staters weigh the risk with the reward. The plant produced 57% of the state’s net electricity generation in 2017. Nuclear power is a low-carbon method of electricity and pushed by some as a viable alternative to cheaper fossil fuels. The Representatives reached some partial agreement on how they believe nuclear fits into New Hampshire’s energy future.

“What we have right now are barriers. And those are the laws that we need to change.” —Lila Kohrman-Glaser
Rep. Alexander: The new nuclear plants have better technology. We’ve been able to transition to a safer nuclear world. So if we invest in nuclear, I think that’s a 21st century solution. It’s also important to acknowledge that 50% of our energy does come from the Seabrook plant.

Rep. McWilliams: I would call Seabrook a necessary evil. I do not see new nuclear as the way of the future. But that’s where we’re at right now. And if our timeline truly is 11 years, nuclear is going to be part of that solution to mitigate climate change right now. For the long term, I would not support investing in or building new nuclear but I do see that as part of our current mix.

Berry: We’ll I’ve got some great news for the Representative: new solar and wind are actually cheaper to produce than nuclear.

Rep. McWilliams: So let’s put up some farms!

Berry: I want to put up some farms! Let’s get government out of the way and start putting them up.

Rep. McWilliams: I support that.